Experience significantly shapes the pay of diesel mechanics. Many of these workers begin as apprentices. As they complete training and become recognized as fully-skilled, pay will increase. Salaries also climb with longevity in the field. In addition, the nature of the diesel engine industry, the skills of the mechanic and the geographic region of work influence pay and job opportunities. 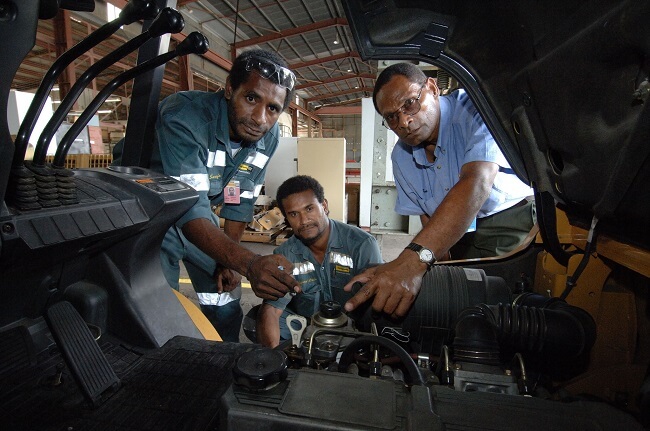 Salaries differ by type of employer, for example, in the United States the highest median pay goes to diesel mechanics in state and local government, at $52,500, according to BLS. The wholesale trade sector follows at $46,430, with mechanics in automotive repair and maintenance” earning a median of $43,220. While the median is at $41,280 for diesel mechanics in “Truck Transportation. If interested in the field, you can also read about the mechanical engineer salary.

Certain skills can drive diesel mechanics above the mean pay. For instance, electronic troubleshooting yields a 28-percent higher than the average pay in Canada. Heavy equipment repair skills afford a diesel mechanic 12 percent above the mean salary in the country. In Australia, electronic troubleshooting skills raise the pay by 14 percent above mean and an eight-percent climb results from skills in industrial hydraulics.

Unions have a strong presence in some locales. Roughly four in ten Canadian heavy-duty equipment mechanics, which include diesel mechanics, belong to unions.

Diesel Mechanic Salary in the US

BLS reports the median for diesel service technicians and mechanics in the United States rests at $45,170 per year while a mechanical engineer can make around $84,190 per year according to Bureau of Labor Statistics.

Diesel Mechanic Salary in the UK

The diesel mechanic field carries a mean salary of AU$67,906 per year, reports PayScale. While total pay has a floor of AU$42,579 and a ceiling of AU$97,452 including bonuses and overtime.

SalaryExpert reports a mean pay of CHF77,658 for Swiss diesel mechanics.  So, the hourly pay stands at CHF37 per hour.

According to SalaryExpert also, diesel mechanics in Norway receive a mean salary of NOK388,321 per year. So the hourly rate is NOK187.

For entry-level diesel mechanics in the United Kingdom, the median registers at £17,000. While after the fifth year, mechanics take in a median of £23,000. Thereafter, the increases prove gradual, reports the same Payscale. The median at ten years of experience is £24,000, while late-career mechanics earn a median of £27,000 or more.

Entry-level mechanics in Australia enjoy a median of AU$52,500 per year, according to Payscale. While those with five years in the field earn around AU$62,500 on a median basis. And at the ten-year experience level, the median climbs to AU$65,000, while more than 20 years of experience translates to a median of AU$70,000 or more.

SalaryExpert says that diesel mechanics with one to three years of experience earn a median pay of CHF59,560 in Switzerland. While those who put in at least eight years can fetch around CHF93,674.

In Norway, salaries run at NOK298,655 for entry-level diesel mechanics and NOK469,711 for those with senior-level experience, reports SalaryExpert.

As a general rule, diesel mechanics can expect to work full-time, with overtime very possible. Shops, especially those run by businesses, may operate evenings and weekends or on a 24-hour basis.

Bonuses for Canadian diesel mechanics are around C$1,500. The mean bonus registers at CHF2,492 in Switzerland, while the figure is NOK12,453 in Norway, reports Payscale as well.

While in Australia, diesel mechanics fetch bonuses as high as AU$29,799. With diesel mechanics constituting part of the “National Skills Needs List,” apprentices in this field can qualify through the Australian Apprenticeship Incentives Program for incentives for working in rural areas and certain regions.

The U.S. Bureau of Labor Statistics projects an increase of 12 percent in the employment of diesel mechanics, or an additional 31,600 jobs, through 2024. As of 2014, the profession numbered 263,900. While Job Bank projects that by 2024 the heavy-duty equipment mechanic occupation in Canada will have 23,800 positions for 23,800 seekers. However, Australia is experiencing a shortage of diesel mechanics. The occupation appears on Australian Government’s “National Skills Needs List.”

On the whole, prospects for employment may turn on the demand for and availability of diesel vehicles. The use of heavy-duty trucks in industrial and commercial activities will sustain demand for mechanics, especially among transportation companies and state and local governments. These employers rely on heavy-duty diesel vehicles for freight deliveries, garbage collection, hauling materials for road projects, power line and other utility repairs.

The move toward electric vehicles, including potential government mandates, may lower the number of diesel vehicles and demand for mechanics, especially in the passenger vehicle field.

For diesel mechanics, salaries can rise with experience, expertise and the acquiring of advanced skills. Pay prospects also depend on the type and size of the employer. Mechanics in union shops can achieve higher pay, bonuses and other benefits due to collective bargaining. Aspiring qualified diesel mechanics should find opportunities for employment especially in governmental entities, industrial and commercial entities. The popularity of diesel vehicles, or moves to limit their prevalence, may impact jobs in the auto services sector.

Yoga instructors around the world earn a wide … END_OF_DOCUMENT_TOKEN_TO_BE_REPLACED 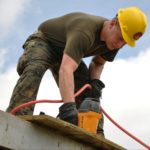 Most people don’t understand what a carpenter … END_OF_DOCUMENT_TOKEN_TO_BE_REPLACED 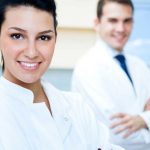