The salary of a firefighter might not be among the highest, but this is an admirable occupation that brings rewards on all levels. Even though firefighters usually make about the annual wages mentioned above, there sometimes are big differences between the firefighter starting salary and that of an experienced professional. 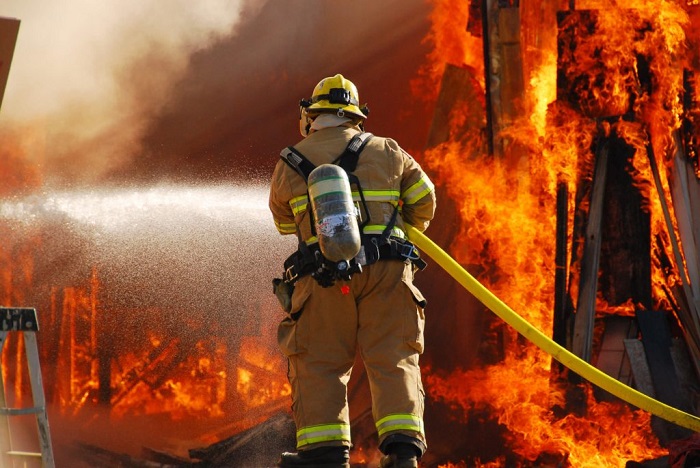 *Means the hourly pay was extrapolated from the annual salary

Firefighter Salary in the US

As with most areas of life, location is key. The situation is no different for the firefighter salary in the U.S. In poor-paying states, the firefighter salary can be as low as $30k, while a top-paying state can bring even more than $80k annually. The Bureau of Labor Statistics reports that the median yearly salary in the United States stands at $51,930.

Firefighter Salary in the UK

The mean firefighter salary in Switzerland stands at about CHF81,385 per year. There is no rate available for the hourly pay on Payscale.com but if we use the 2,080 working hours that are per year and we extrapolate from the yearly salary we get CHF39.12 per hour.

According to SalaryExpert, the median salary for a firefighter in Norway is NOK403,243 yearly, with the hourly pay being around NOK194. Meanwhile, an entry-level professional can make up to NOK296,184 every year, while a senior on the job can win as much as NOK492 273 each year.

The level of experience is decisive when determining the potential firefighter salary. In the US, the fireman starting salary is at about $40,000 per year. From there, the salary progressively grows according to experience and abilities. Between 5 and 10 years the salary can reach $45,000, while with 10-20 years of experience can get up to around $50,000 and finally, after 20 years on the job, the firefighter can win $60,000 or more.

In Canada and Australia, we see a similar situation of raise in pay for this professional. From C$58,000 per year, respectively from AU$59,000 for an entry-level firefighter, the salary gradually rises until it reaches about C$80,000, respectively AU$81,000 each year, after more than 20 years in the field. Meanwhile, in the UK, the situation is a bit different. It starts with a beginner’s salary of ₤24,000 per year, the pay then goes to ₤29,000 after 5-10 years on the job, only to slowly flatten after that, and to barely reach ₤30,000 after more than 20 years.

Here is where the challenging part about the firefighter salary kicks in. This is one of the most dangerous occupations in the U.S. economy and in the world, with professionals constantly exposed to illnesses and injuries. They work long shifts and are exposed to health threats due to their hazardous working environment. As a result of these factors, firefighters are among the most respected professionals, and the general public holds them in high regard.

In the US almost all (90%) of firefighters have medical insurance which is indispensable considering the risks they expose themselves to every day. In addition to this, 67% of firefighters have dental benefits and 56% have vision coverage. Rarely (9%) do firefighters have no health benefits at all. Furthermore, firefighters always wear heavy duty protection gear on the job to prevent serious injuries that may occur due to the nature of this high-risk job.

As reported by Payscale, firefighters from Canada can receive a bonus of up to C$7,096 each year, with yearly profit sharing of around C$2,000. Meanwhile, those who live and work in Australia can get bonuses as much as AU$15,000 per year.

The job outlook for firefighters is at 7% between 2016 and 2026, which is just about the same as the national average for all occupations. This means a number of 23,500 expected employment opportunities for this professional. The job outlook is not as high as other occupations because buildings are becoming safer every day. As a result, the number of fires will be visibly reduced. However, firefighters will always be needed to take care of unexpected situations.

Finally, the firefighter salary is satisfactory, but saving lives is priceless. For a person that wants to follow the career path of a firefighter, considering becoming a volunteer for several years and then moving to a state with a high employment rate and high salaries for firefighters is recommended. Also, another job that deals with helping other people, is the police officer job. 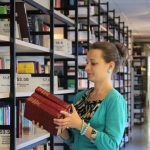 Librarians can work in a variety of places, … END_OF_DOCUMENT_TOKEN_TO_BE_REPLACED 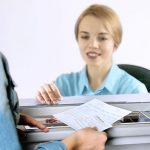 In the United States, the bank teller salary is … END_OF_DOCUMENT_TOKEN_TO_BE_REPLACED 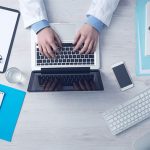 The healthcare industry is booming and, according … END_OF_DOCUMENT_TOKEN_TO_BE_REPLACED 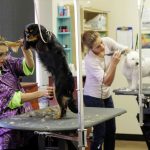 Whenever you want to spoil your dog, you take it … END_OF_DOCUMENT_TOKEN_TO_BE_REPLACED 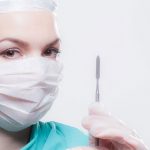