Teacher pay is influenced by factors such as the type of employer, experience of the teacher and where the teacher works. Enrollment of students, which can also impact job prospects, depends on birth rates and immigration of children. 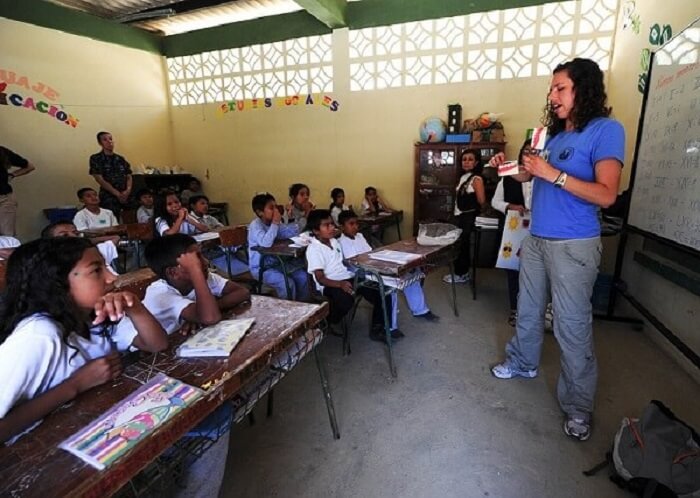 Public schools employ a significant level of school teachers. Within the private sector, teachers may work in religiously-affiliated or run schools or other private academies. In both public and private sector schools, the level of funding impacts available resources for pay. Public schools rely principally on taxpayer funding or grants from benefactors. Private schools charge tuition and obtain donations and other charitable giving.

The pay difference between public and private tends to be less significant. Those teachers represented by unions, especially in the United States, tend to earn more than those who are not unionized. Compensation of teachers also depends on the school level. Generally, those in high school or secondary ranks make more than those at the elementary level.

Teacher Salary in the US

Teacher Salary in the UK

Teachers in Switzerland earn a yearly average salary of CHF65,971, while the hourly pay is at CHF32. The bonus for this profession is at CHF1,399 per year.

Same professionals living in Norway are getting paid NOK484,149 per year, while the hourly rate is at NOK 233. They also get an average bonus of up to NOK10,264 every year.

Generally, private school teachers do not need a license. In most jurisdictions, public school teachers must hold certifications or license. As part of the process, aspiring teachers must usually hold a bachelor’s degree, either in education or in a field in which the teacher expects to be involved. To fulfill the training prerequisites, student teachers conduct classes under the supervision and mentoring of licensed teachers.

Longevity traditionally plays an integral role in pay increases. With more teaching experience come opportunities to advance to senior or management positions in schools. These may include becoming principals or headmasters.

On a daily basis, schools normally operate from early morning to mid-afternoon. The amount of average time spent teaching varies. For instance, according to an OCED report, teachers in Norway devote about three hours a day to teaching. Those in the United States teach approximately six hours per day. While teachers in elementary grades teach more hours than those in secondary levels. In addition to instruction of students, teachers attend staff meetings, plan lessons and grade tests and assignments. However, some of these activities occur beyond the regular school day. Certain teachers, such as band or choir directors, lead student performances on evenings and weekends.

While schools traditionally dismiss during summer months, many jurisdictions operate on year-round bases. This means students take blocks of weeks throughout the year rather than having a summer away.

With the significant involvement of public schools in employing teachers, bonuses and benefits are often defined by governmental policies, rules or laws. Depending on the jurisdiction, public school authorities offer teachers signing bonuses to work in particular areas. Other teachers might receive performance incentives for students achieving certain grades or other benchmarks. These practices reflect governing officials’ stated commitments to public education.

Teachers, especially in public or government-run school systems, can receive pension and retirement benefits. In Switzerland, private schools must contribute to teachers’ pensions under the country’s pillar system which applies to employees in general. During the academic year, teachers receive time off for national or local holidays. Where teachers have a summer vacation, they may seek alternative jobs during that period to supplement pay.

The U.S. Bureau of Labor Statistics projects an employment increase of 7 percent among teachers through 2026. For kindergarten and elementary teachers, the number of jobs could rise by 116,300 and, for middle school teachers, the increase could be of 47,300.

Employment prospects for teachers often depend on location and the priorities of government educational authorities. Within countries, certain regions may experience teacher shortages. Emphasis on smaller class sizes and construction of new schools may increase the need for teachers. Birth trends could factor, especially long-term, in enrollment.

According to Statistics Norway, in 2015, approximately 30 percent of women at least 45 years old had three or more children. Meanwhile, the United Kingdom could need an additional 2,260 primary schools to accommodate an estimated 543,000 school-aged children by 2018. New births and immigration are major drivers of enrollment in the United Kingdom. Countries such as Switzerland have needs for English as Second Language teachers.

Teachers should find ample opportunities for employment, given the demand for teachers and shortages in certain areas. Compensation may be limited by funding challenges, though unionized teachers may command higher pay. For teachers with certain skills or competencies, pay can run above the median. If you want to learn more about the pay in the educational field, also read about the salary of school counselors. 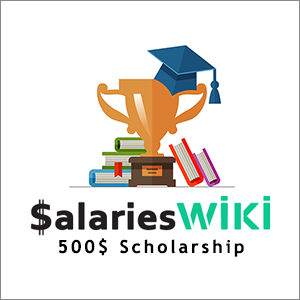