When people think of journalists, they often have a stereotypical image in mind. They may have an image of a young man or woman working the local news beat in a mid-size town or large city, following around a local politician as he makes various stops around the city. Perhaps they may also add to that an image of a lowly paid worker eating leftover pizza and watching reruns of I Love Lucy on an old television. There’s some truth to both of those images, as journalists just getting started out are often low paid and frequently find themselves on not particularly interesting assignments
Quick Navigation
JOB DUTIES AND OUTLOOK
EDUCATION REQUIREMENTS
JOURNALIST SALARY
CONCLUSION
Though the beginning journalist salary is not particularly high, the nature of the industry means that journalists can function in various roles and can often achieve very high salaries.

It may not be surprising that journalists work in various settings and wear different hats. In particular, it should not surprise you that in this day and age of the internet and telecommuting, many journalists may not have an office or cubicle, but may work from home and communicate with their work supervisors or whoever commissions their work via email. Some journalists are freelancers, which adds another dimension to the trade, as it makes the freelance journalist salary highly variable and closely related to the number of hours the journalist is willing to put in.

Image by Gerd Altmann from Pixabay

For many, the gold medal in the industry is a job working as a writer or editor at a print publication, or as a news anchor at a station with a wide reach, whether local or national. Many men and women with communications degrees take a dive into the social media sector of journalism, planning to eventually switch to another medium. In fact, they may never leave the social media route of journalism because email and social media marketing, in addition to other aspects of social media (though not considered traditional journalism by some) has become so lucrative.
Journalists basically journal, or report, on happenings in local communities or the world in various forms, whether in print form, like newspapers and magazines, in visual media, like national television or cable, or nowadays, online, in the realm that is generally placed under the umbrella of social media.

It may surprise some that journalists just getting started out in any of these varied areas make so little. It is often as low as $30,000 a year, considering how much the TV station or cable network makes in advertising.

Unlike a career in microbiology, phlebotomy, or medicine, all technical subjects, a successful career in journalism can be tied to qualities like likeability or hard work that are not easily quantified. That does not mean that this industry is completely based on hard to quantify variables. Other factors like experience and having a good mentor are important in this industry, too. Indeed, because of the social nature of the industry, mentorship and networking are keys to successful careers in journalism. A good mentor can not only provide good industry connections, but they can also give good feedback on your work thus far.
This aspect of journalism will be touched on further in a later section, but the location is another variable that can play a role in the career trajectory of the journalist, not to mention having an impact on journalist salary.
There may be less competition for journalist spots at local papers or TV stations, and many journalists often get their start in the local arena before eventually making a foray into a career in a larger city with more exposure.
It is important to note when considering a career in journalism that many journalists often do not receive benefits, perhaps as many as one in four, though journalists do tend to report high levels of job satisfaction.

Journalism is one of a small number of well-known and well-regarded careers where there are few formal education requirements and where someone without formal education at a rigorous institution can still have an opportunity for entry into higher levels of the field. There are bachelor’s programs in journalism and communication in many schools across the country, and many aspiring journalists study at these programs in the hope of landing a job at a top publication or a television station.

Though higher education is often not required, it can make a difference depending on the field of journalism the aspiring journalist seeks to enter. A degree in English or another language subject may prepare a print journalist, like a writer or editor at a newspaper, for their position, and may actually be required depending on the publication. For journalists in the visual sphere, like national television or cable TV, a degree in communication may provide the aspiring journalist with the speaking and presentation skills needed to best competition and make a mark in the field, leading to a higher journalist salary and career advancement.
Naturally, there are other aspects of education that may come into play depending on the area of journalism that one is interested in pursuing. The area of social media journalism is growing very fast, so an understanding of various aspects of this genre, like internet marketing, search engine optimization (or SEO), and other aspects of the internet may be important, especially for freelance journalists. The social media journalist route is interesting because it lies somewhat outside of the traditional realm of journalism, with the journalist able to use a social network they have created to start their own entrepreneurial endeavor without any education or even without a formal employer.

The aspect of journalist that often does not generate much enthusiasm is the pay, at least the pay for those just getting started in the field. In reality, the pay can be highly variable, but the journalist salary for a new graduate of a journalism degree program was $35,328, according to the Bureau of Labor Statistics (BLS). A starting salary for someone without a four-year degree typically lies around $30,000 mark, an oft-quoted number.

As stated previously, journalism majors make about $5000 a year more in entry levels positions than those without a degree, and the reports support that assertion. The gap in entry-level journalist salary may be even wider for those with master’s degrees, compared to those without any degree.

The average salary range for all journalists is about $24,000 to $71,000, with certain fields within journalism making more, like those in the advertising aspect of the field who can make over six figures. Naturally, network news anchors, producers, and the like have the potential to make much more, though they may be considered to be outliers.

Although the journalist salary for beginners just getting started in the field may leave much to be desired for some, the industry does report a high degree of job satisfaction.
Journalists are often very enthusiastic about their craft and often spends years trying to make their mark. Many variables come into play when predicting the journalist salary.
Among these variables are journalism field, experience, whether the journalist has a degree, and location, with this last variable often having quite a significant impact. 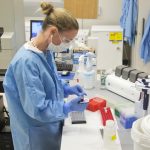 It may surprise many to learn that there are many … END_OF_DOCUMENT_TOKEN_TO_BE_REPLACED 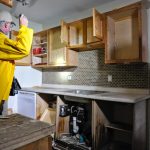 Deciding to be a home inspector can set a person … END_OF_DOCUMENT_TOKEN_TO_BE_REPLACED 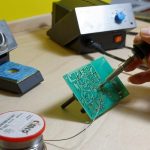 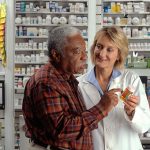 In the United States, the average pharmacy … END_OF_DOCUMENT_TOKEN_TO_BE_REPLACED 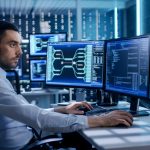